Founded in 2007, Prosper-Tech is committed to upholding the highest customer service standards in the industry. With a team of employees boasting 150+ years of combined experience, its expertise in the machine and tool industry is virtually unmatched. Our company can provide the high quality manufacturing abilities of larger shops, yet still cater to customers in a way only a small shop can.

Our mission at Prosper-Tech is to "provide expert customized service to those with precision machining and/or plastic injection tooling needs". Our core values are to be professionals you can trust who are motivated by teamwork to get your job done! 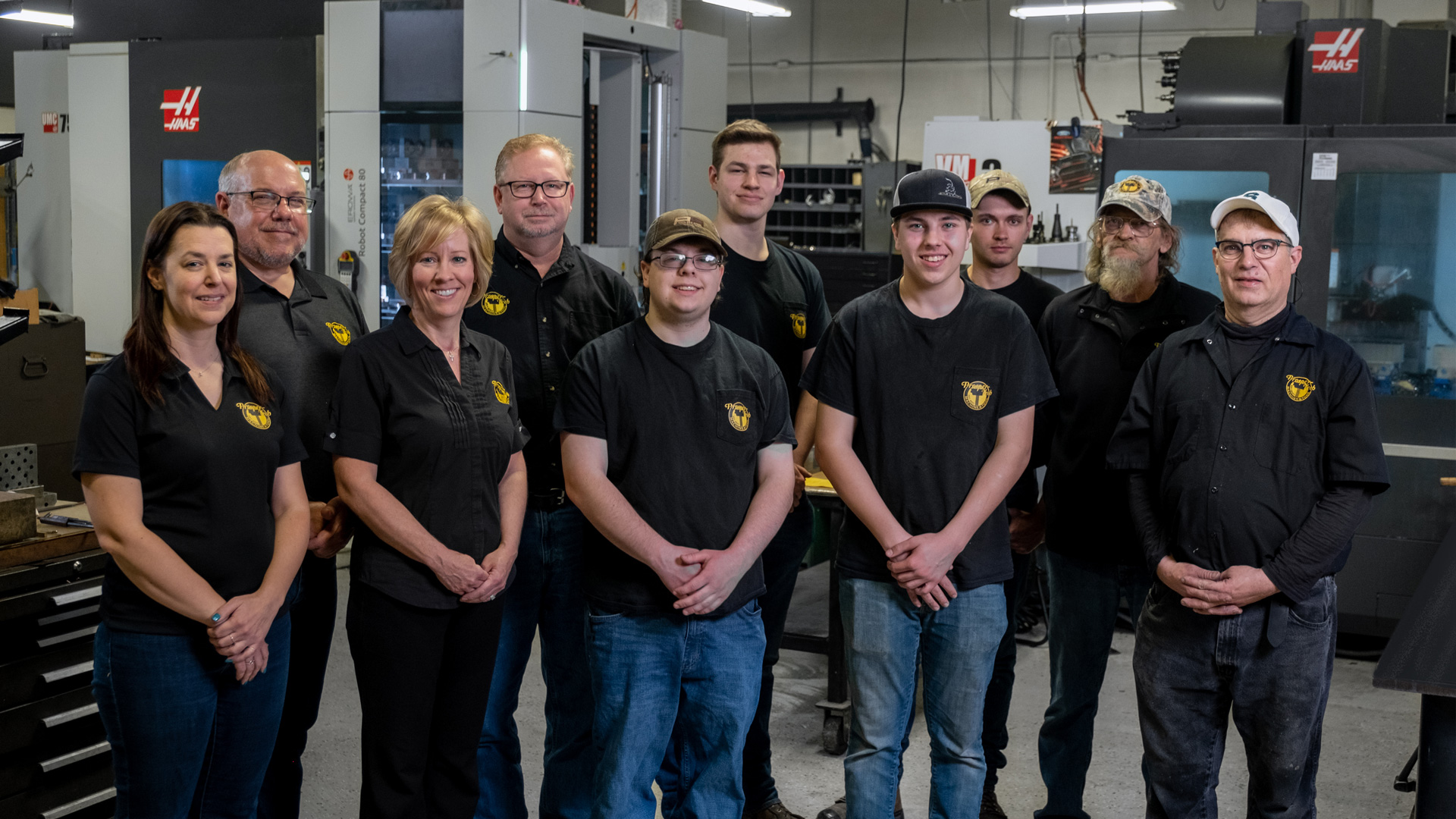 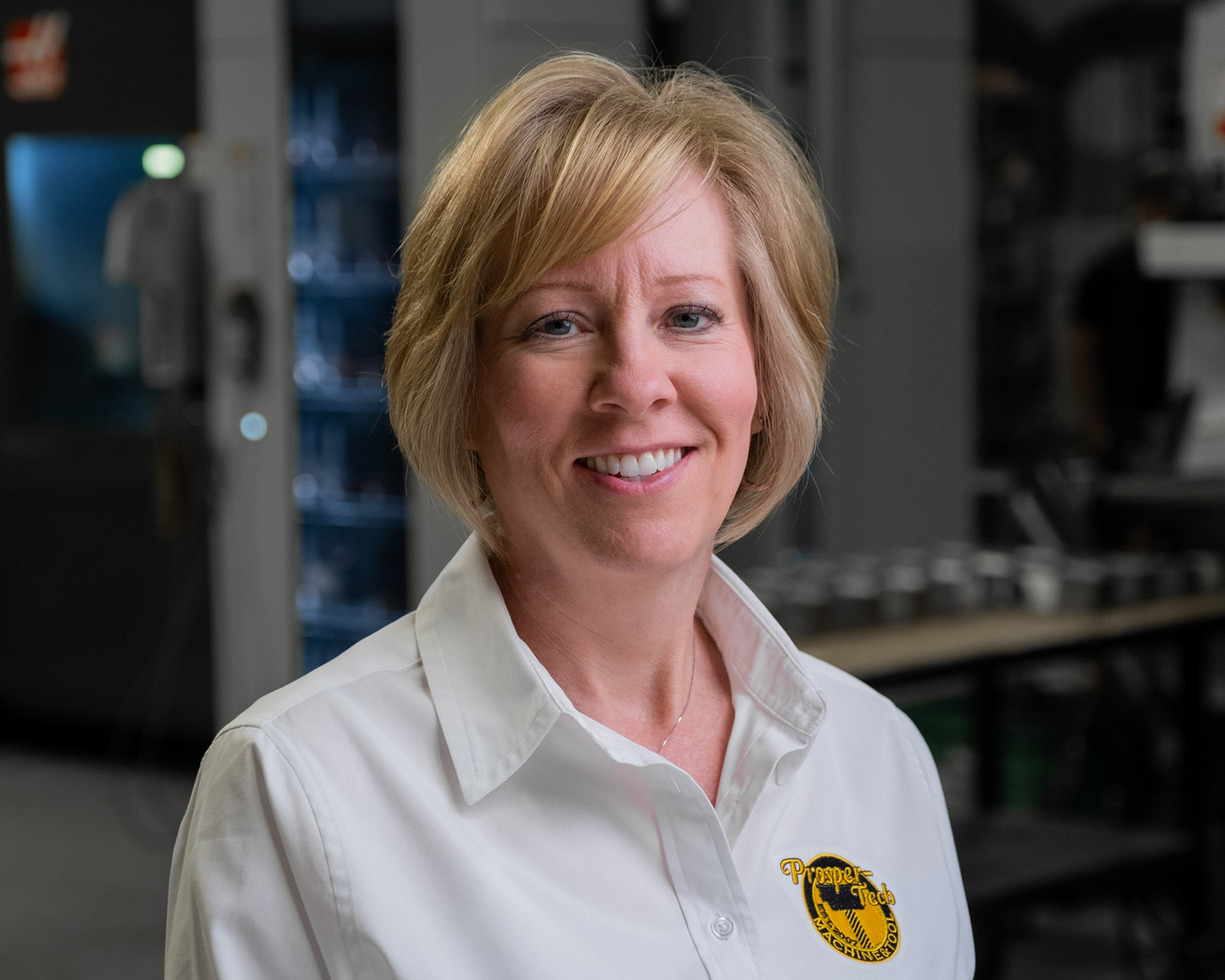 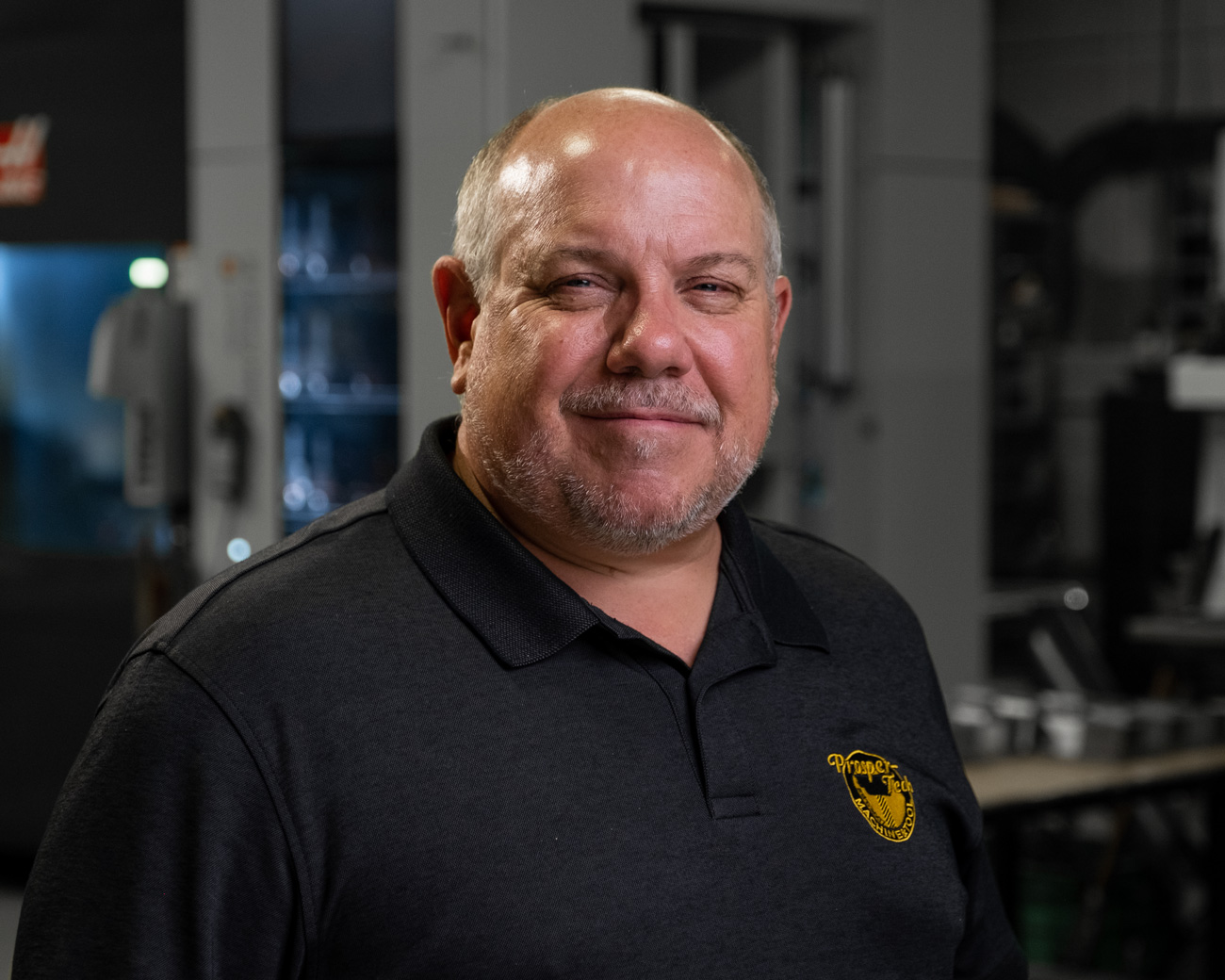 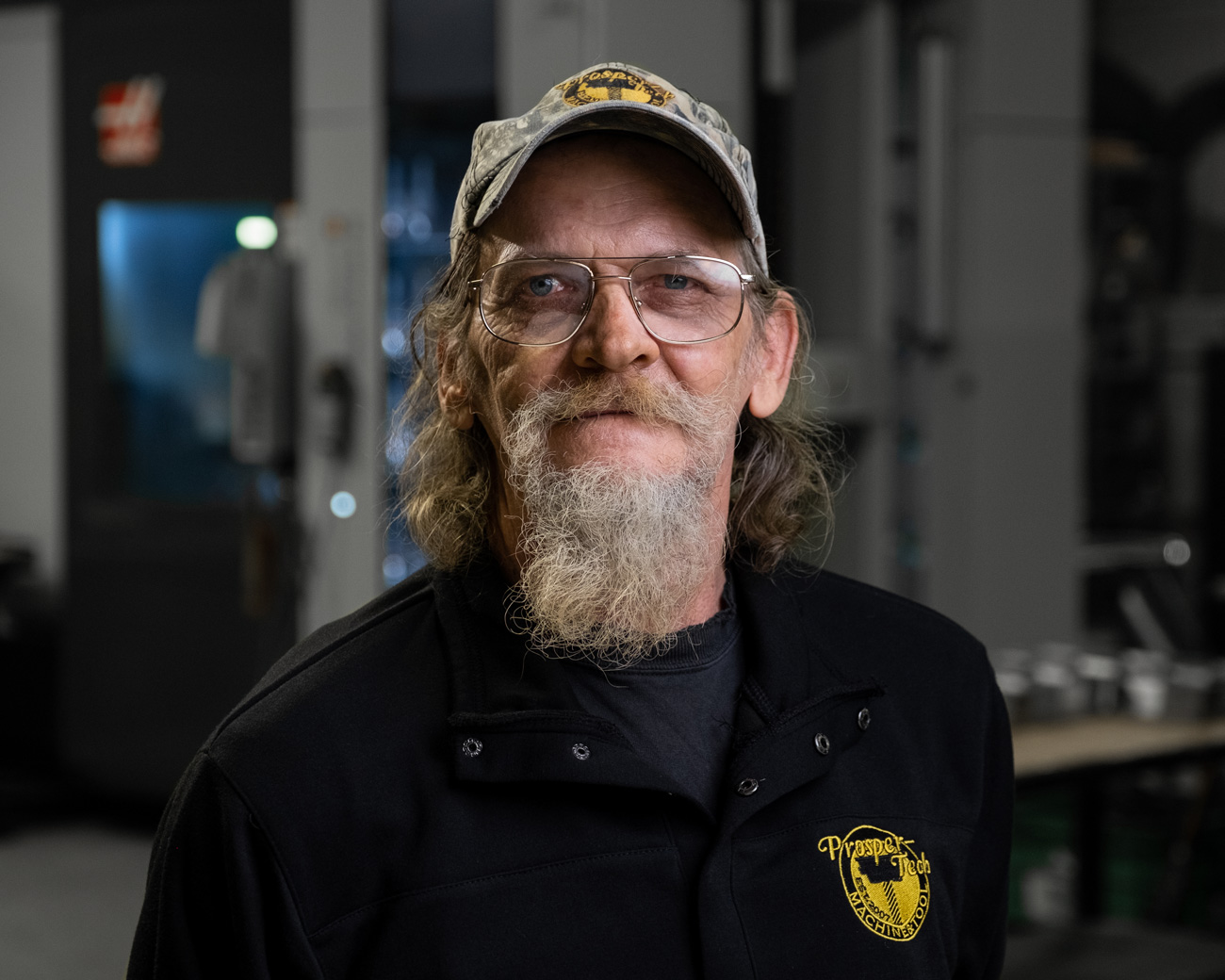 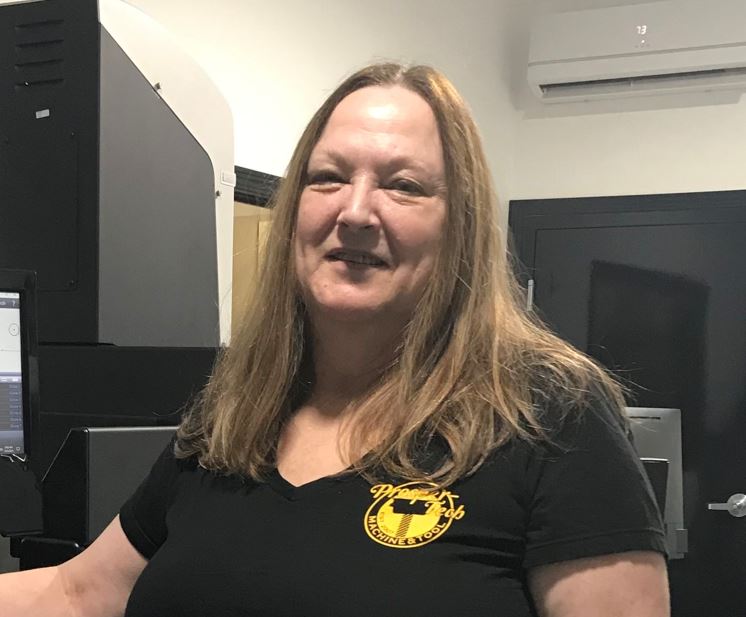 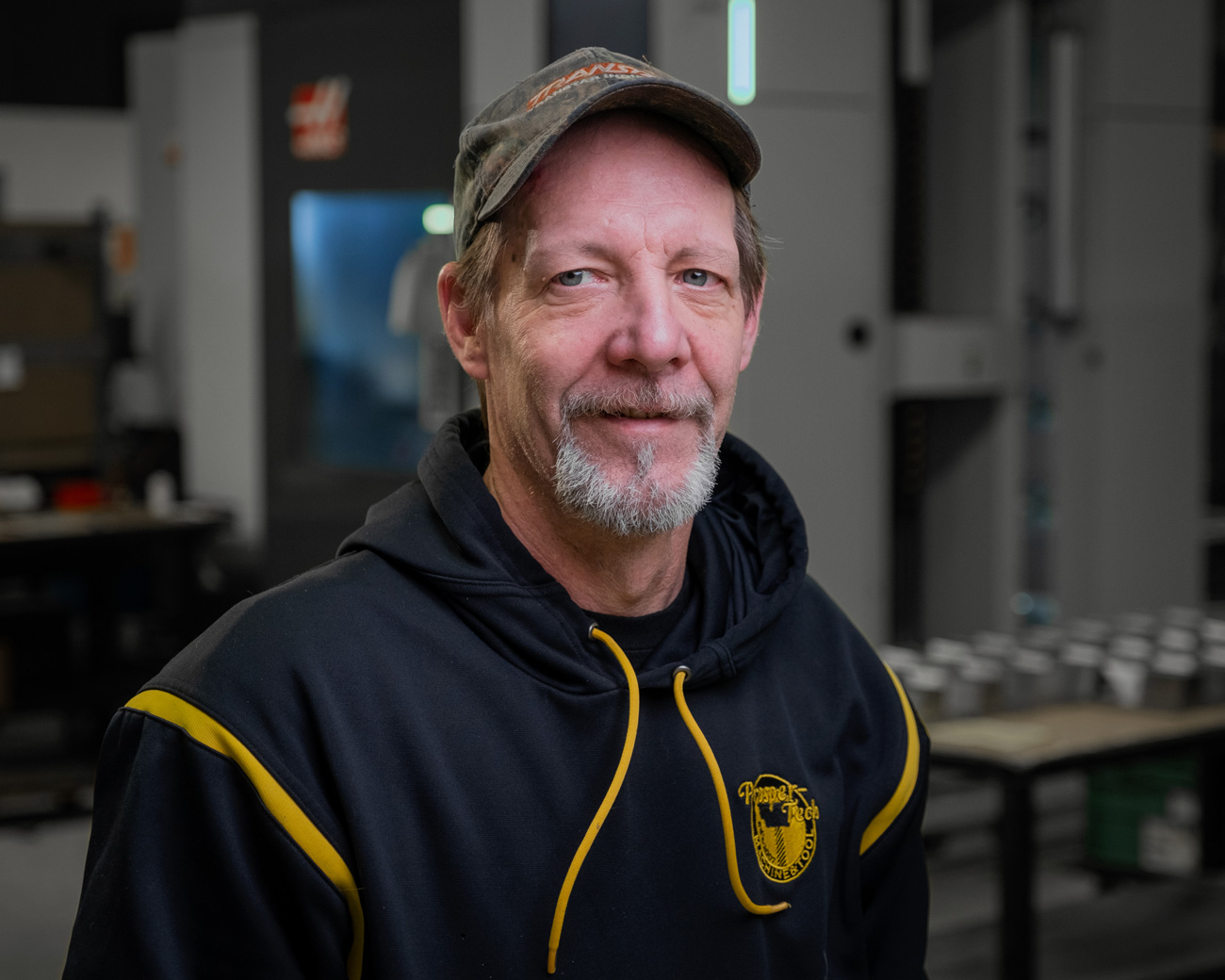 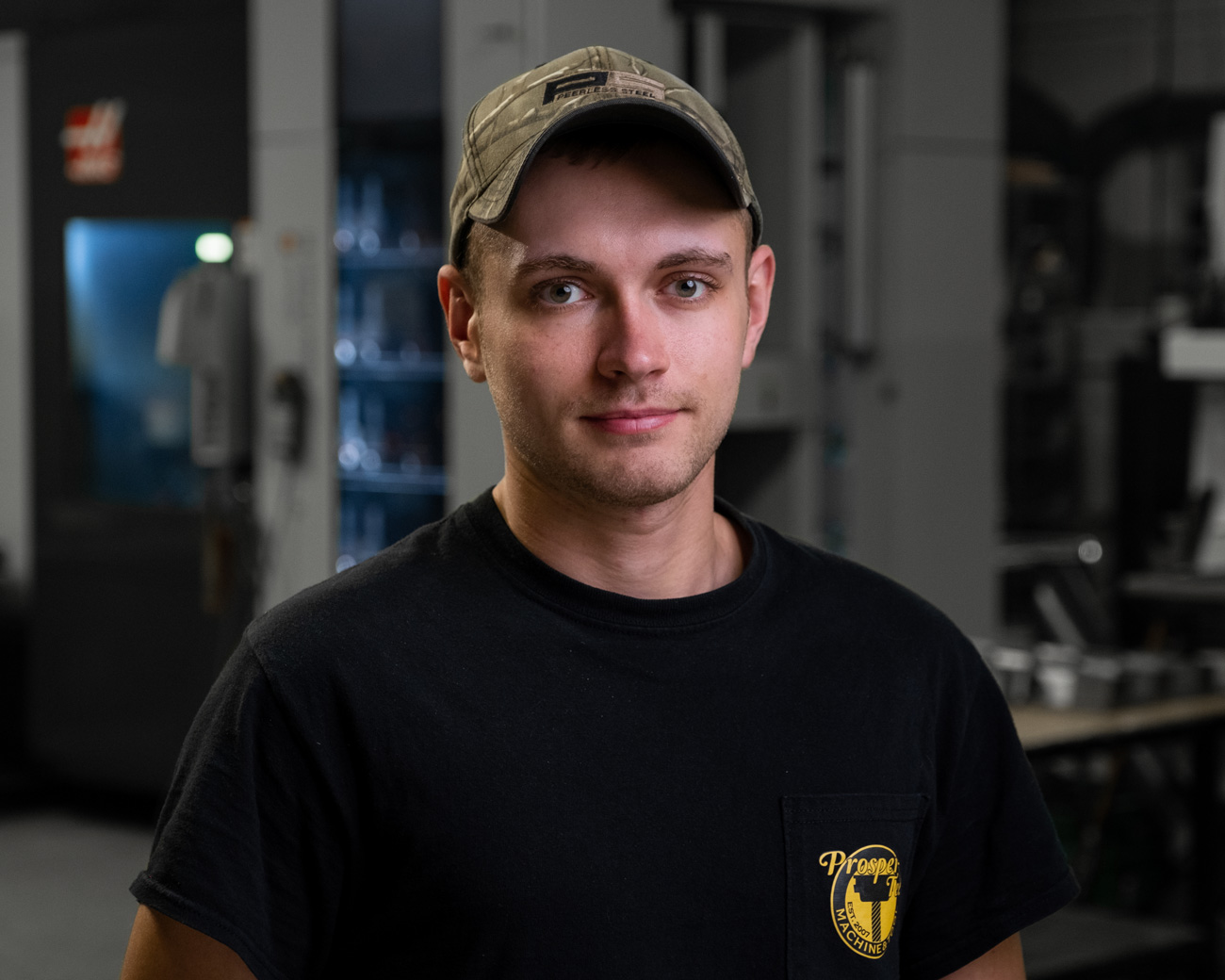 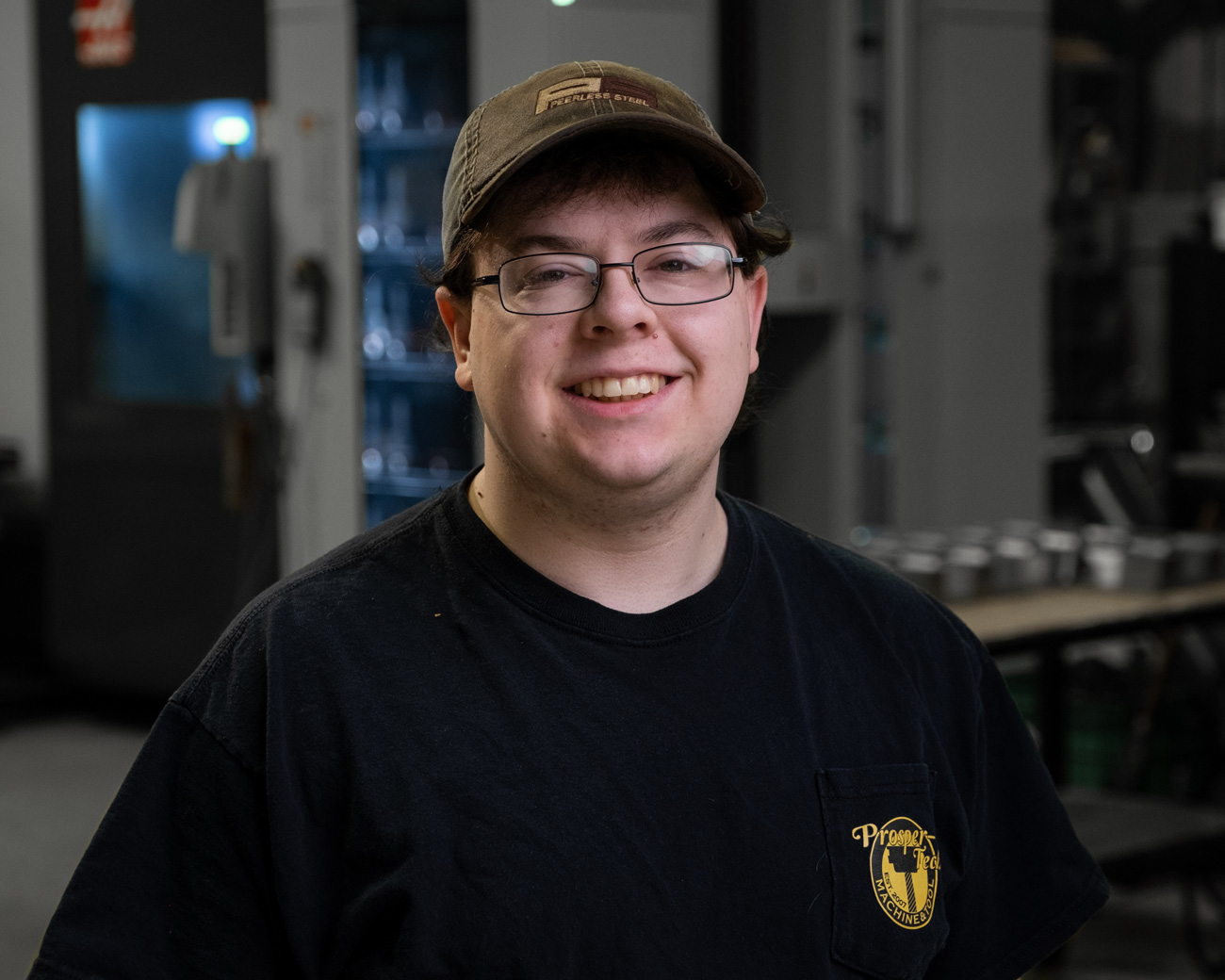 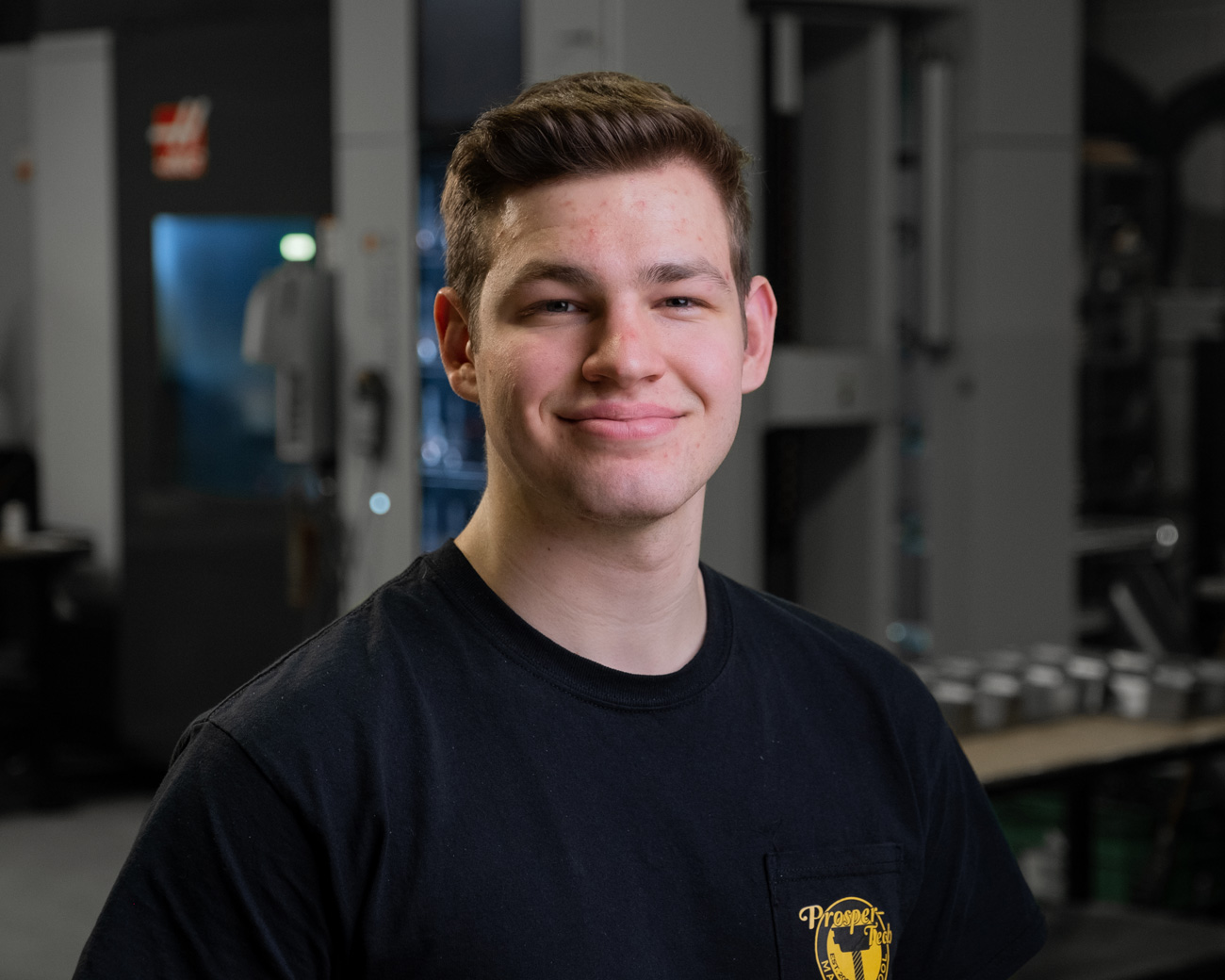 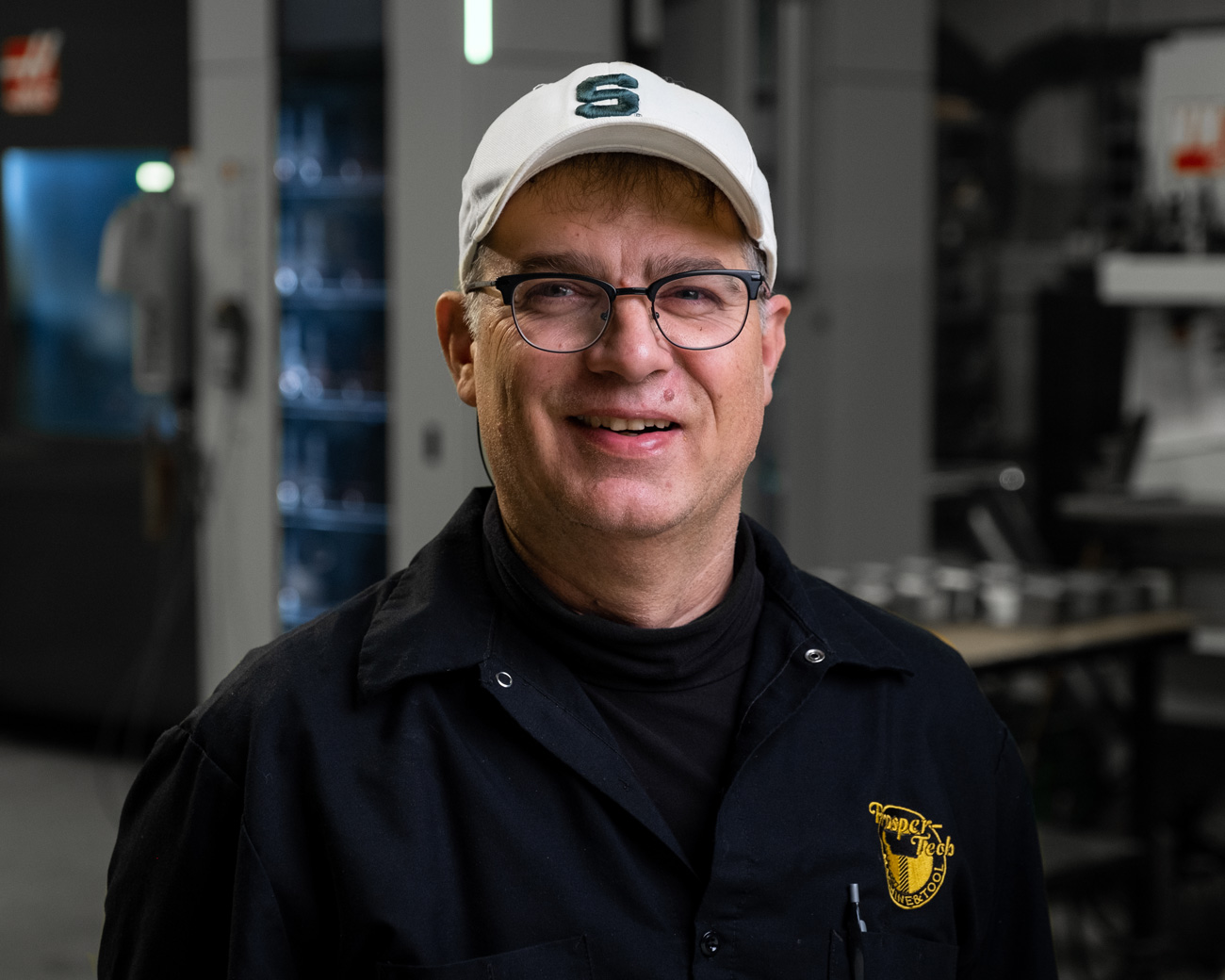 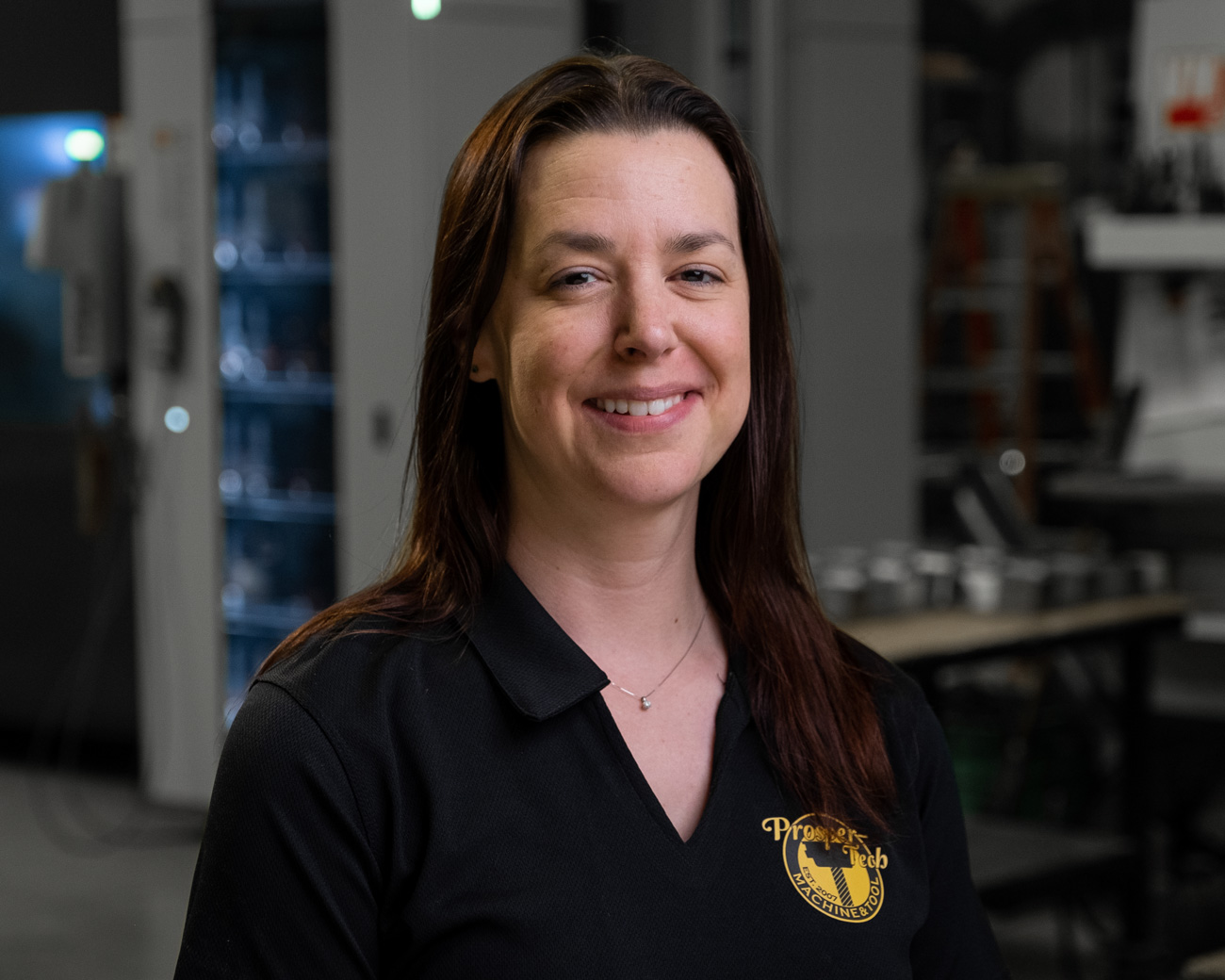 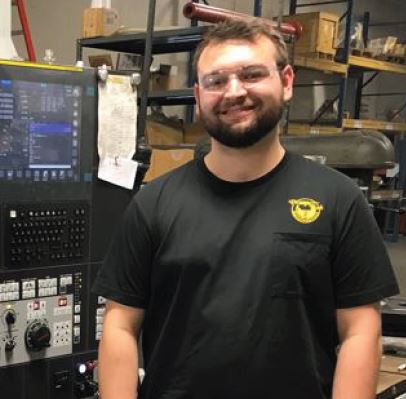 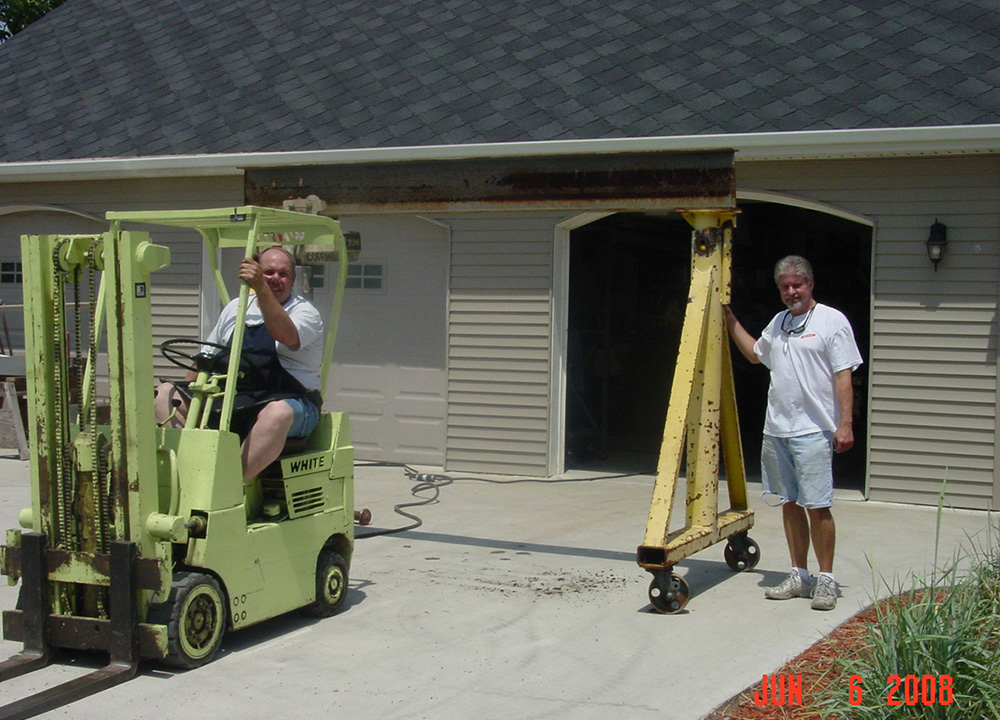 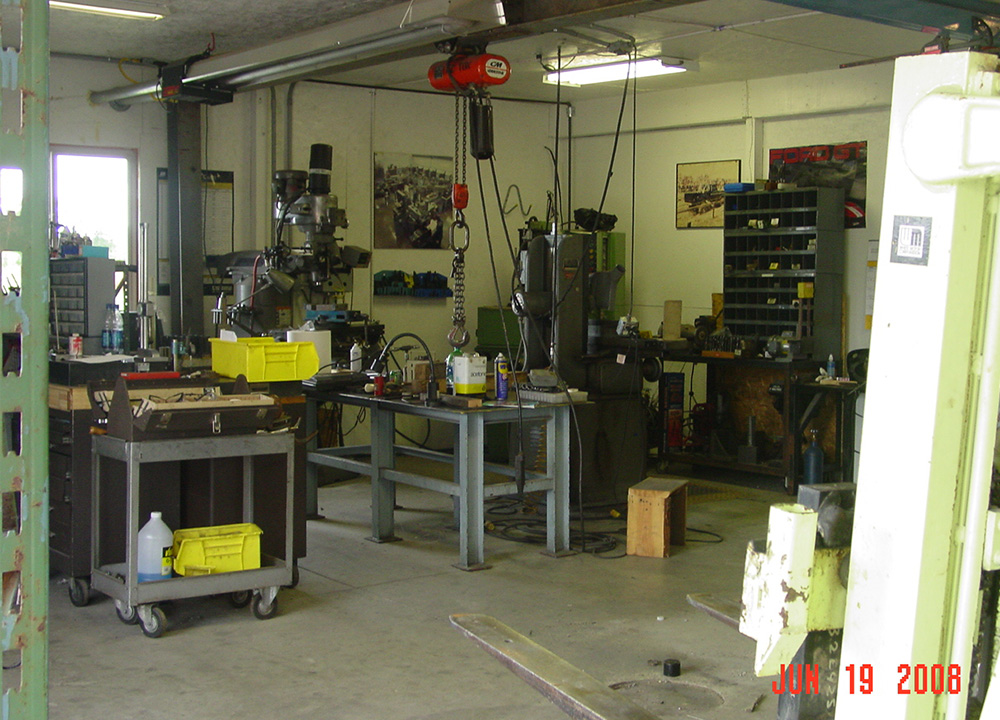 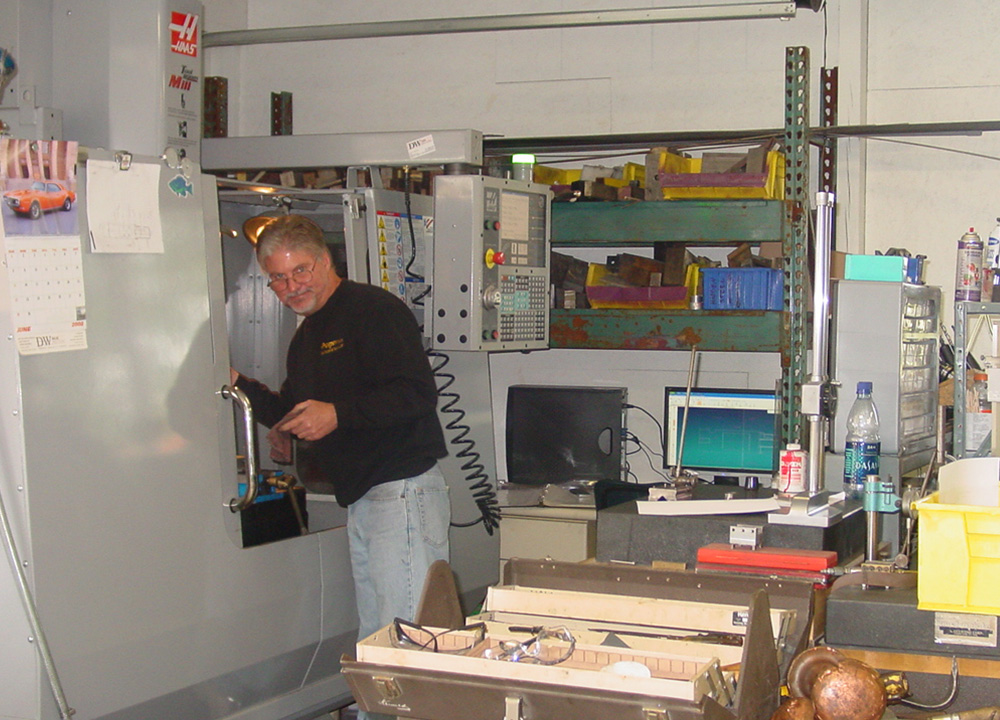 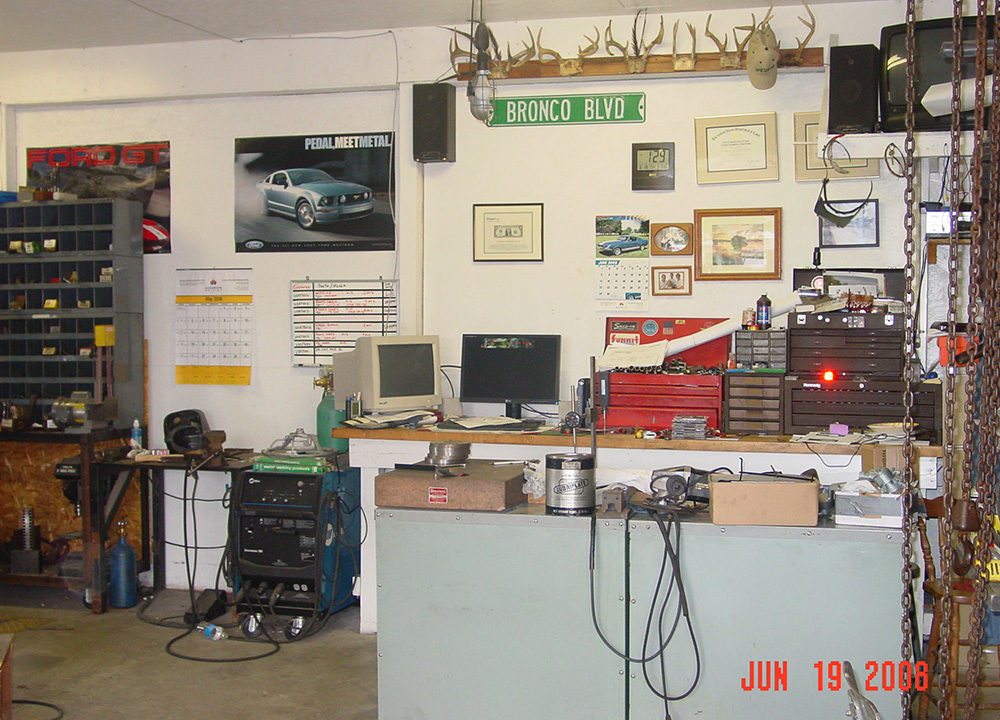 With  a humble beginning reminiscent of how the most iconic American companies got their start, in May 2007 Bob and Heidi Devroy turned their home garage into a work space and Prosper-Tech was born. Even in the midst of a recession, their hard-work, ingenuity, and expertise prevailed, allowing the company to prosper even in extremely difficult economic times.

In the span of just one year, Prosper-Tech had hired two skilled employees and outgrew the garage, sending the company in search of a larger work space to handle its rapidly expanding business. 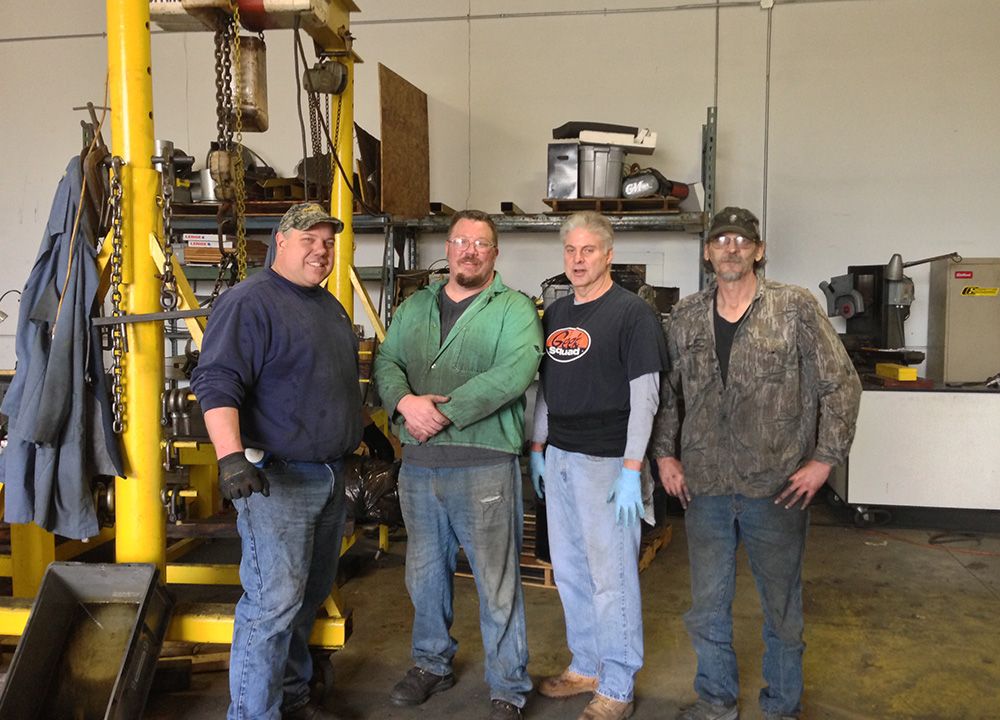 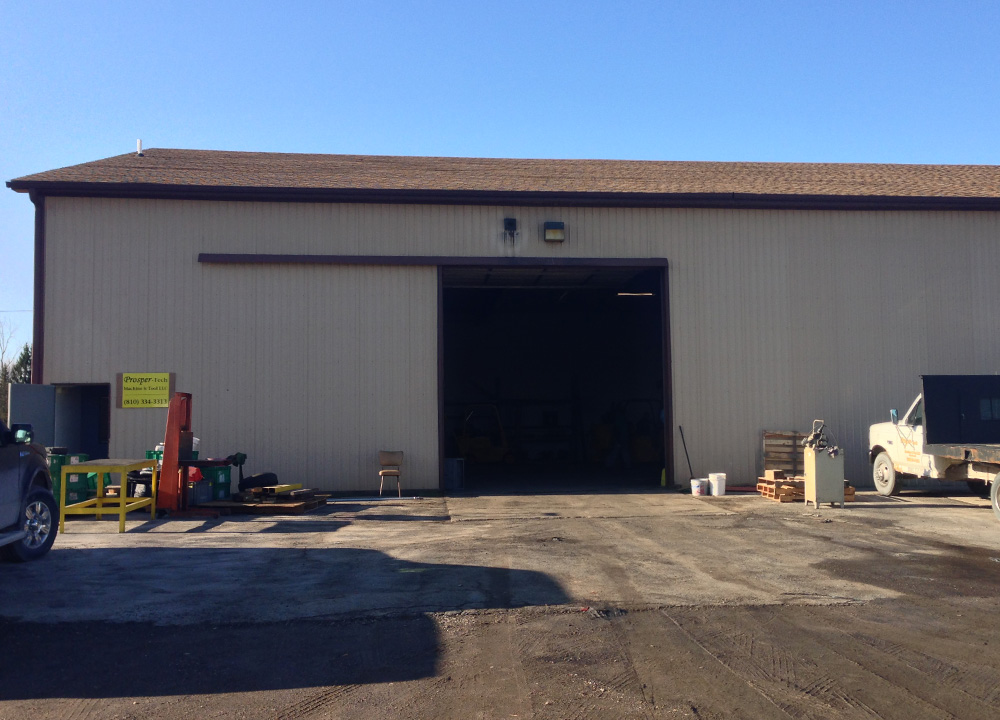 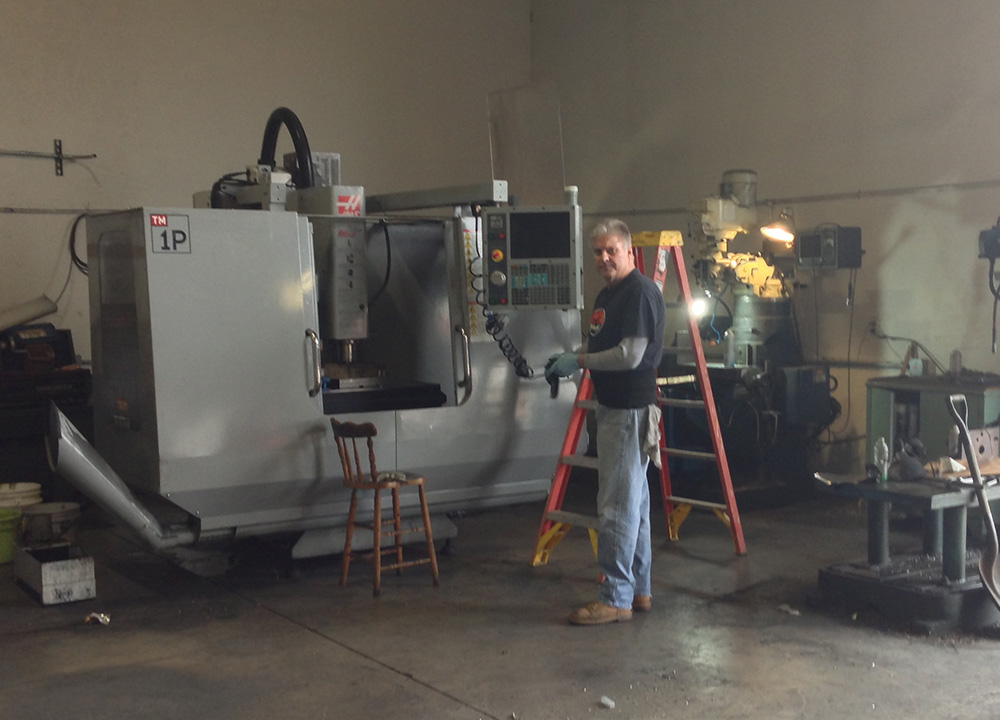 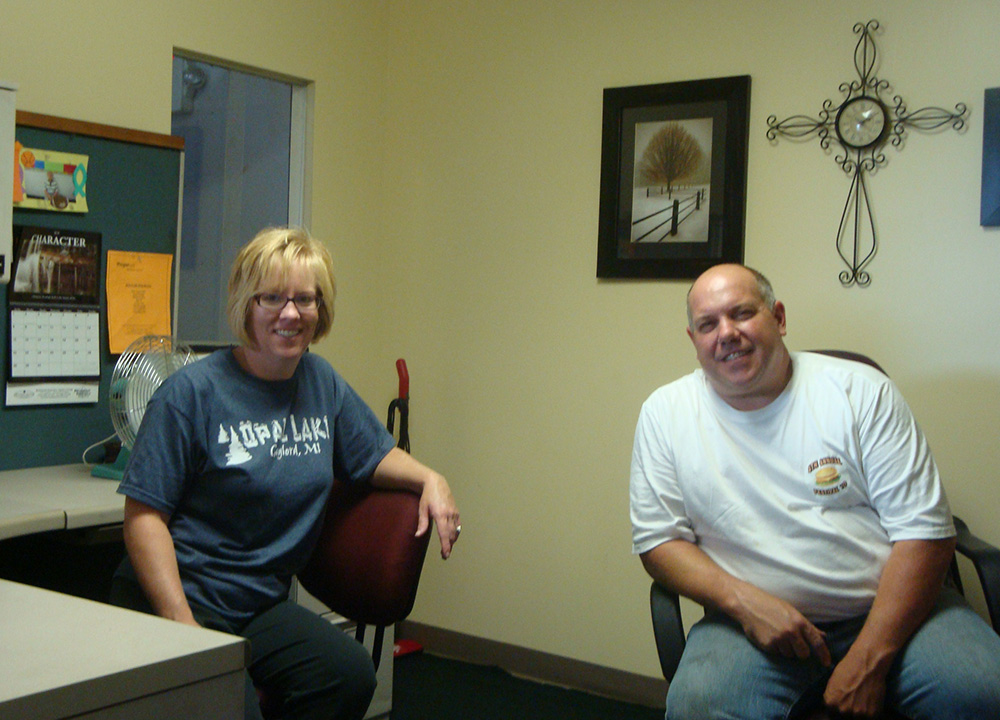 During the next five-year span, Prosper-Tech found its stride within the manufacturing world. Operating out of a 3,600 square foot facility in Lenox, MI, the company hired two more skilled workers and purchased a new Haas CNC VM-2 Vertical Machining Center.

It's growing production abilities and work force was followed by an increased workload and expanding number of satisfied customers. In May 2013, the company once again found itself outgrowing its surroundings and had to move to a larger facility where it could meet its growing demand. 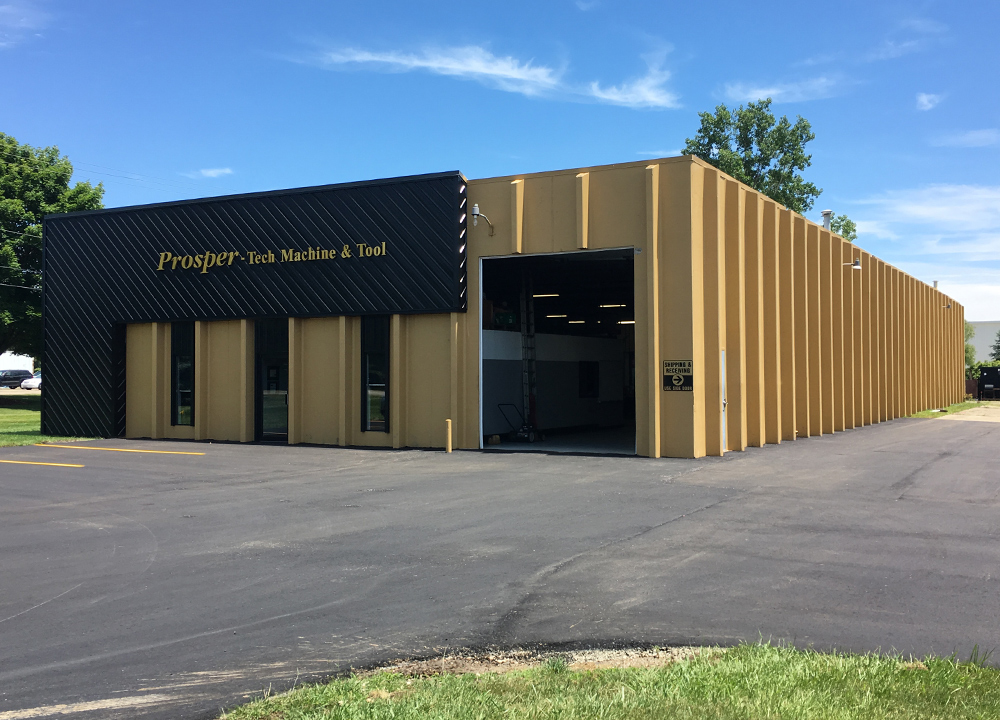 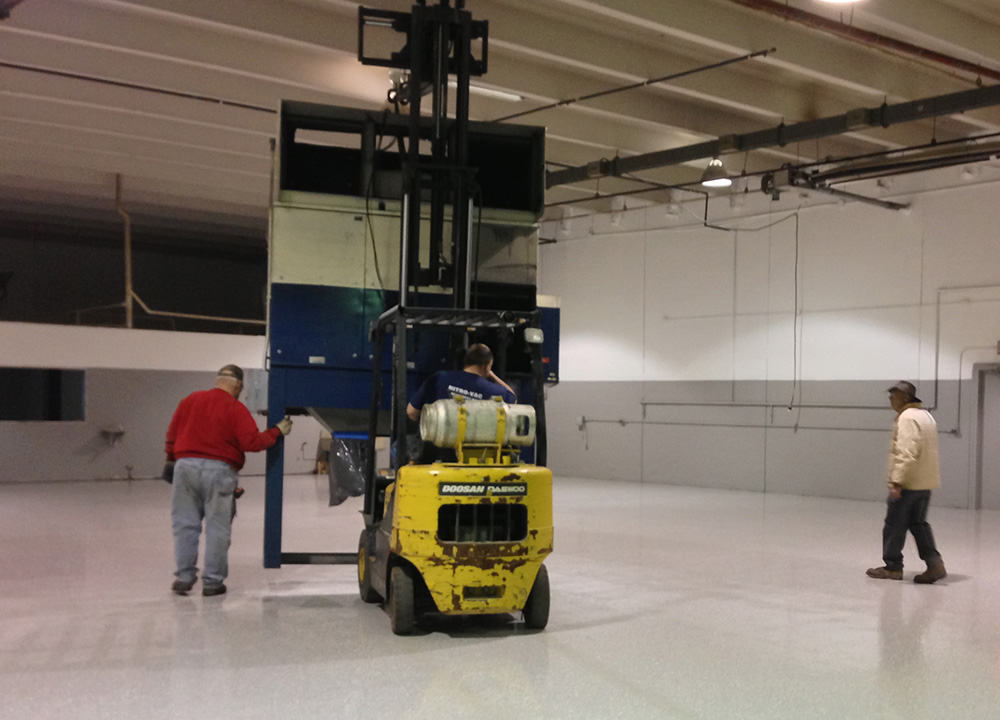 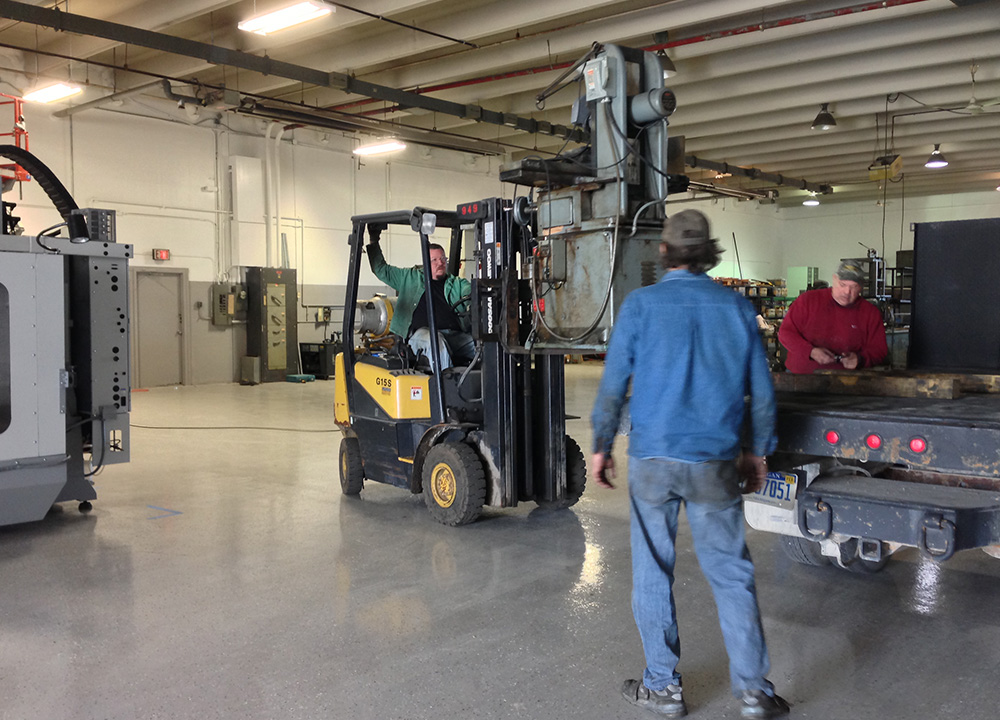 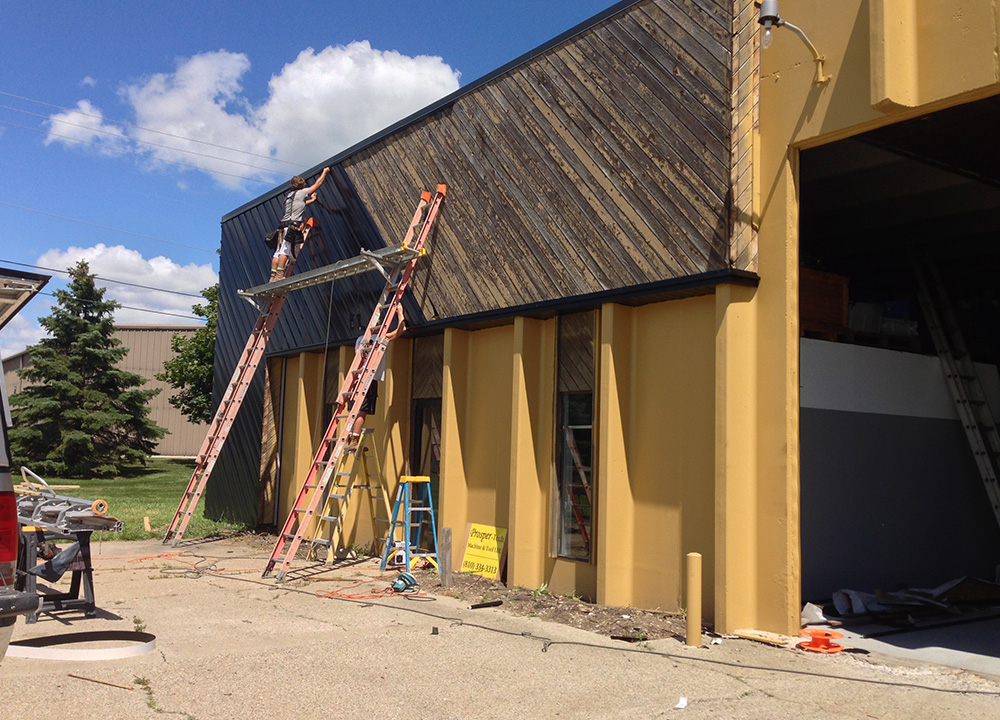 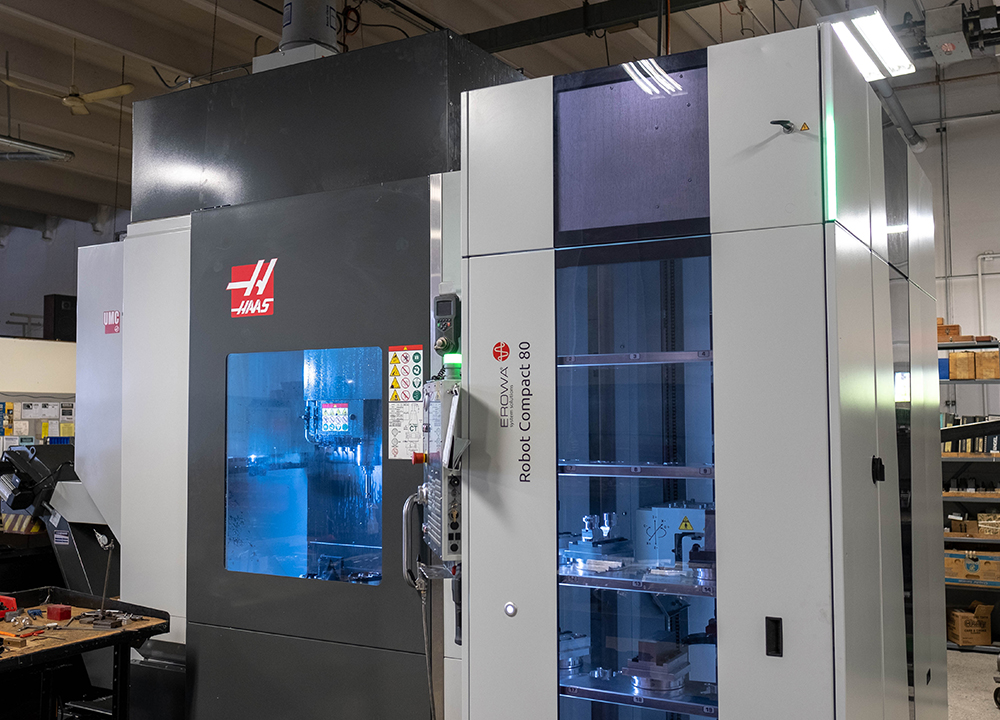 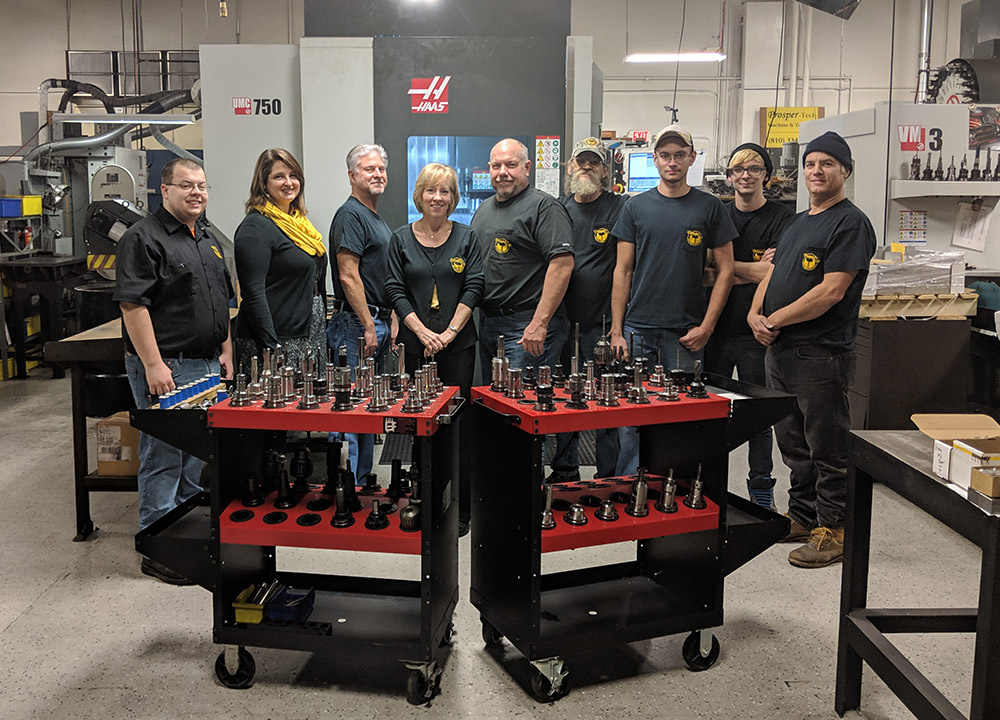 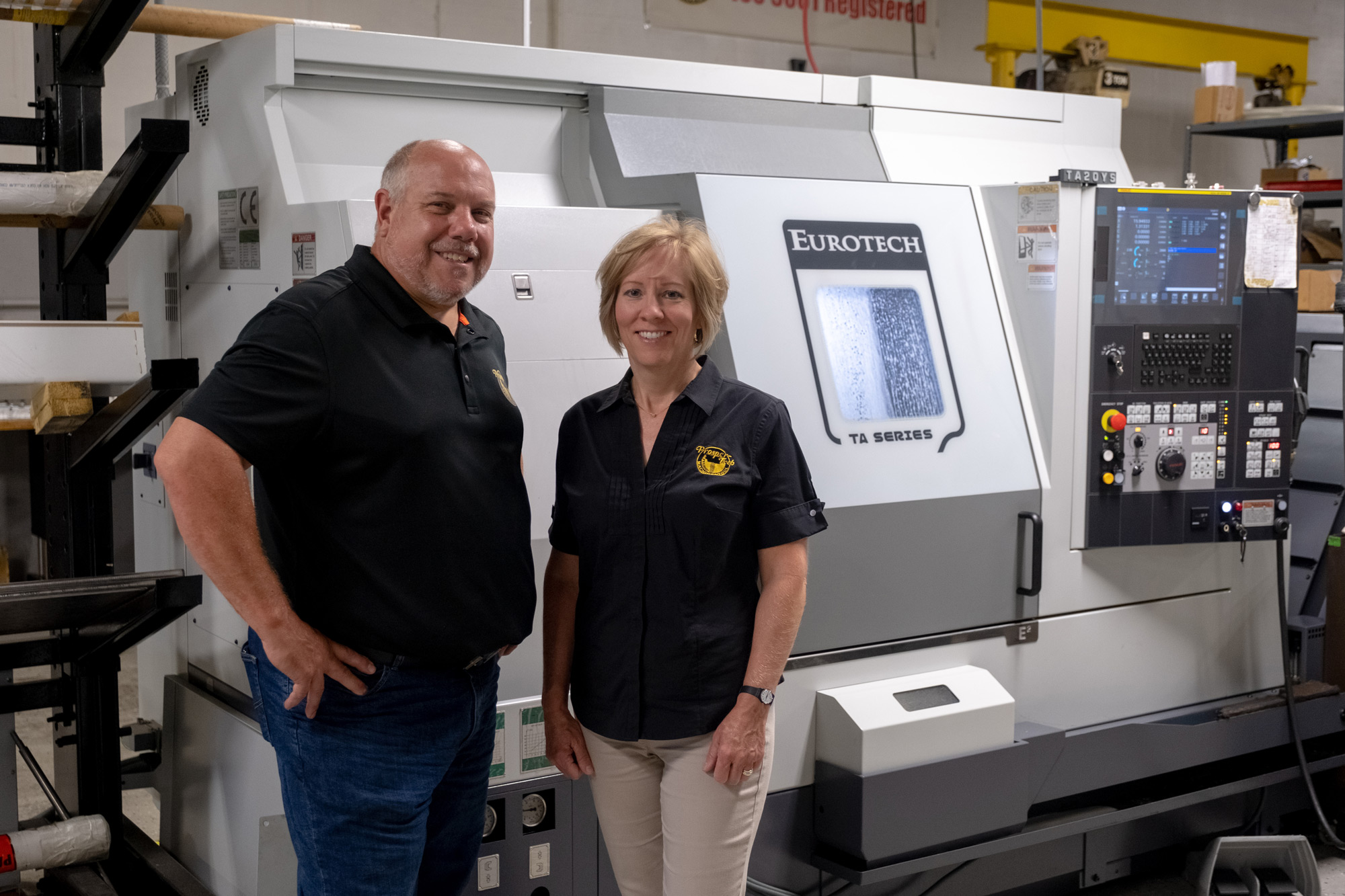 In 2013, Prosper-Tech renovated and moved into a 10,000 square foot state-of-the-art facility in the Devroy’s hometown of Richmond, MI. By 2015, they added two Haas CNC Machining Centers, a VM-3 & UMC-750, plus an additional Charmilles Roboform 40 to its growing list of equipment. That same year, the company became ISO 9001 certified to ensure its products and services could meet higher quality standards.

Late in 2019, an Erowa ERC80 Machine Tending Robot was purchased to enable "lights-out" machining to meet growing demand. Since its investment in robotics, the company has been told repeatedly by outsiders that adding this level of technology for a small company is definitely "outside-the-box" thinking. As a result, the company was able to fulfill more short-run production orders which led to the need to upgrade its quality management system.

With more first article and overall quality testing required by its customers, Prosper-Tech realized the need to add a coordinate measuring machine (CMM) and dedicated Quality Lab on site. It also attained NIST 800-171 cybersecurity compliance and AS9100 certification which led to a diversification into the defense, aerospace, and space sectors. This growth also prompted the need to add new turning and part-marking capabilities thru its purchase of a CNC Eurotech CMZ TA20 Lathe and Epilog M2 Laser machine.

In 2021, Prosper-Tech has been upgrading its shop environment with everything from computers, monitors, chairs, rolling carts, dual monitor workstations to new floors and a refrigerated drinking fountain. It has been important for leadership to show its appreciation to the team so they wanted to give them better (and in some cases, more comfortable) tools to succeed!

Also in 2021, to be able to better meet customer demand and produce specialized parts out of exotic metals, the company purchased a Grob G350 horizontal 5-axis CNC mill to do the job. Future plans include automating the Grob to handle lights-out machining in the near future.

As for the future growth of the company, the goal will always be to remain committed to operating with the same desire for customer satisfaction and high ethical standards as it did from the beginning in a small garage space so many years ago. 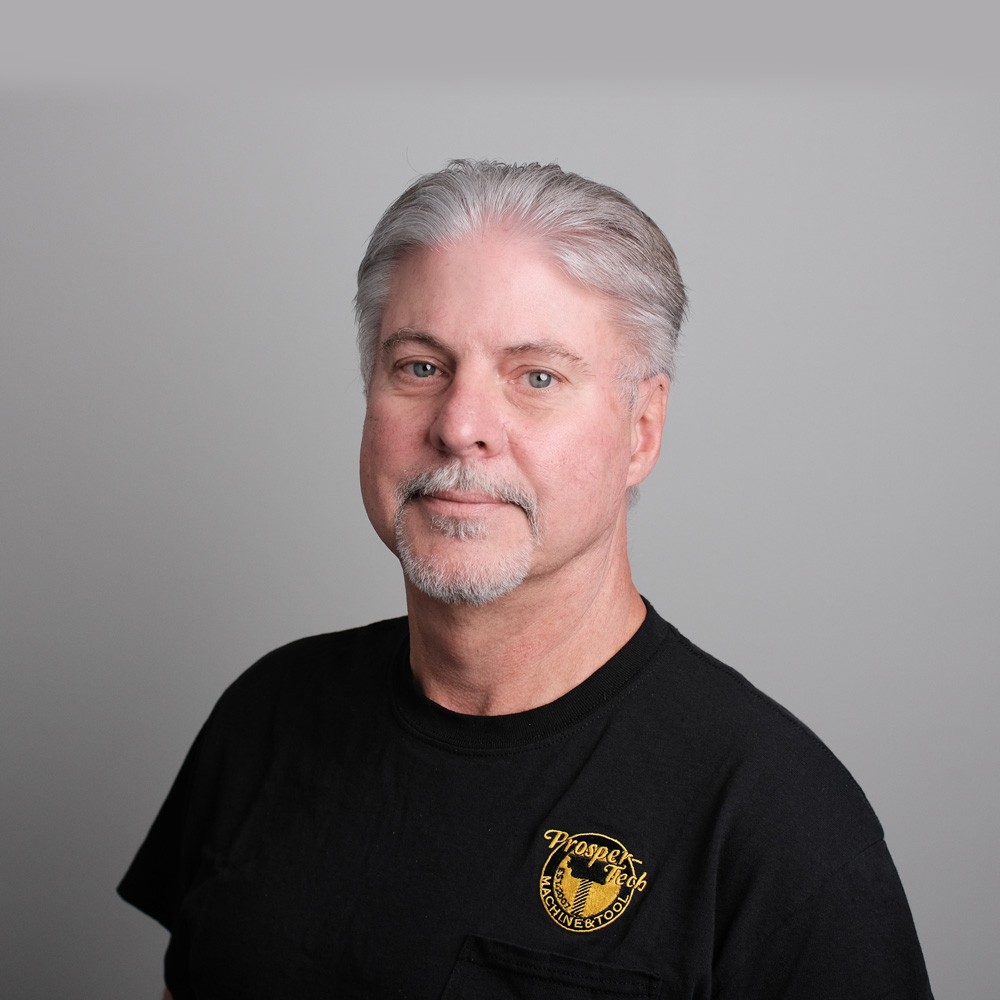 Craig was the first employee that Prosper-Tech hired. Craig started working in Bob and Heidi's garage before moving to the first rented location. He was critical to the growth of Prosper-Tech and served until 2019. We thank him for his years of service to our company and wish him the best in retirement! 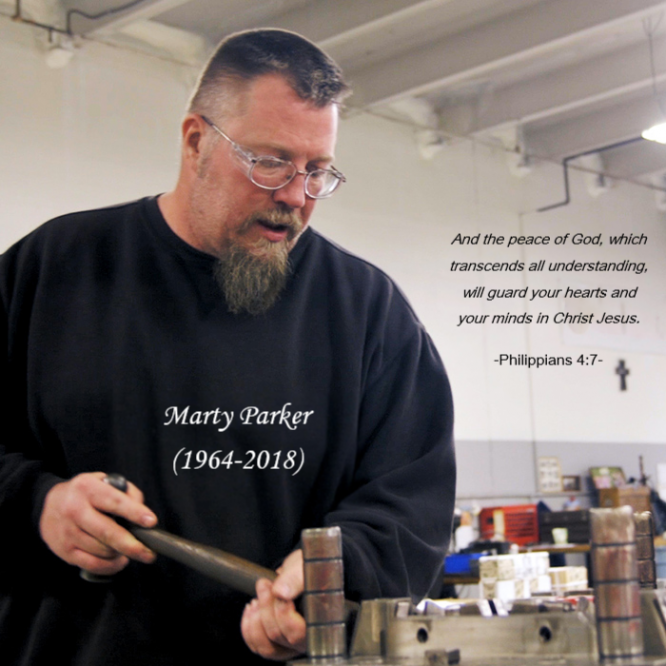 Marty was our Shop Foreman who suddenly passed in 2018. He was a long-time friend and co-worker of Bob's before being hired early in the company's history. We miss Marty's uplifting presence and unique sense of humor every day in the shop, but are thankful for all the memories he made here and outside of work. May God continue to bless his family.